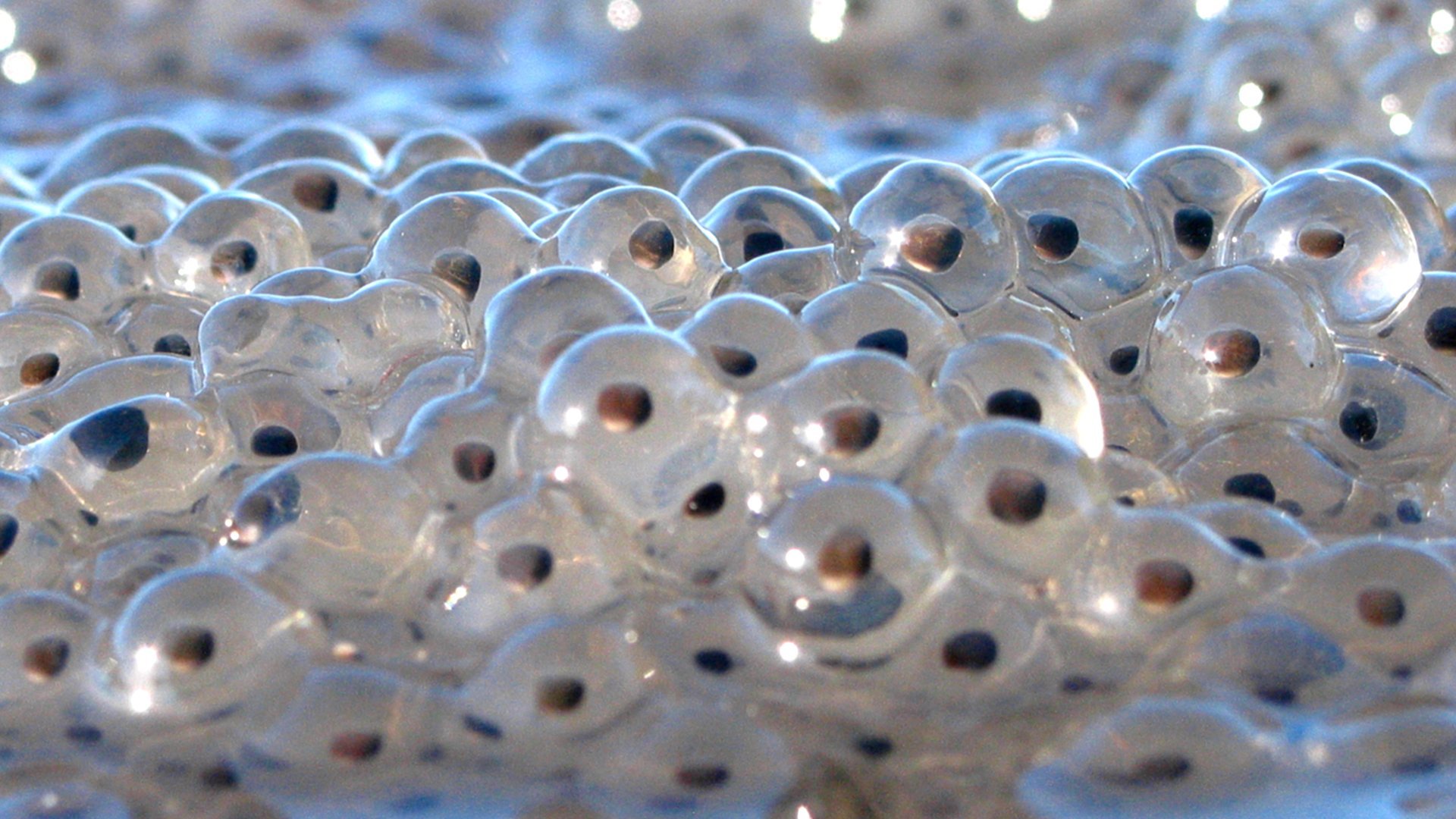 Frog spawn jelly is water efficient because it is produced by the frog in concentrated form, which then takes up water from the external environment and swells in volume, according to AskNature.org. Hagfish slime is an even more spectacular example .

From water efficiency to producing clean energy, there aren’t many problems we face that nature hasn’t already tackled, probably multiple times in multiple different ways. After 3.8 billion years of trial, error and development, life has learned what works on this planet.

As Janine Benyus of the Biomimicry Institute says “a sustainable world already exists, the answers are all around us.” To solve the challenges of how to live sustainably, we simply need to look to how the natural world has done it.

A history of inspirational nature

History is brimming with innovations inspired by nature. Famously, in the 1940’s swiss engineer George de Mestral became fascinated by the burrs that stuck to his clothes and dog’s fur while he was out hunting in the Jura mountains. After studying these under the microscope, he developed the first hook-and-loop system now known as “Velcro”. Its popularity skyrocketed after NASA adopted the technology for its astronauts in the 1960s.

Japan’s bullet trains owe their distinctive streamlined and quieter form to an engineer’s love of birds. The more snubbed nose shape of earlier designs resulted in excessive noise particularly when hitting the higher air resistance in tunnels. They would often cause a loud shockwave known as “tunnel boom.”

Bird watcher and engineer Eiji Nakatsu turned to the kingfisher’s bill. It is designed to cut into the water rather than pushing it out of the way, allowing the water to flow past it with little resistance.

With their long aerodynamic beak-inspired nose, the 300 km/h trains Shinkansen are now much quieter and boom-free. This improved aerodynamics also enable the trains to use 15% less electricity and travel 10% faster.

Despite its colossal size, a humpback whale is surprisingly agile, able to perform pirouette and tight turns underwater.

The secret to this dexterity is the row of lumps and bumps along the leading edge of its fins. Known as tubercles, these create cleaner channels of water flowing over the whale’s wings. This enables the whale to keep a better “grip” of the water, even during tight turns and slow speeds.

When tested in wind tunnels, wings with tubercles produced 32% less drag and allowed for a steeper angle of attack before stalling. Designed learned from whale fins are now being applied to wind turbines and aviation.

The natural world is a vast encyclopaedic catalogue of ways of addressing challenges. It is a biobank of novel potential solutions.

A good way to tap into that wealth of innovation is to bring biologists to the design table. Their expertise in a multi-disciplinary team can help unlock forms, materials, architecture and processes inspired by nature.

Even if you don’t have a biologist or expert to hand, there are resources available to help can guide us towards potential opportunities. One such example is AskNature.org, which was launched in 2008 the Biomimicry Institute.

It is a free online catalogue of nature’s inspirational answers to problems. It enables anyone to query key terms or browse the catalogue.

You can explore by Biological Strategies and processes – that is how nature tackled particular issues. Or you can browse by successful ideas and technologies that were inspired by nature.

The catalogue includes themed collections and resources to help understand and learn about biomimicry.

This video gives an insightful introduction to biomimicry.

Innovate through these four pleasures

Why this creativity itch needed scratching